I bought Surface 2 for my mom long time ago, but it doesn't work anymore, so I ordered the following iPad on Apple online store for Mother's Day on April 5. 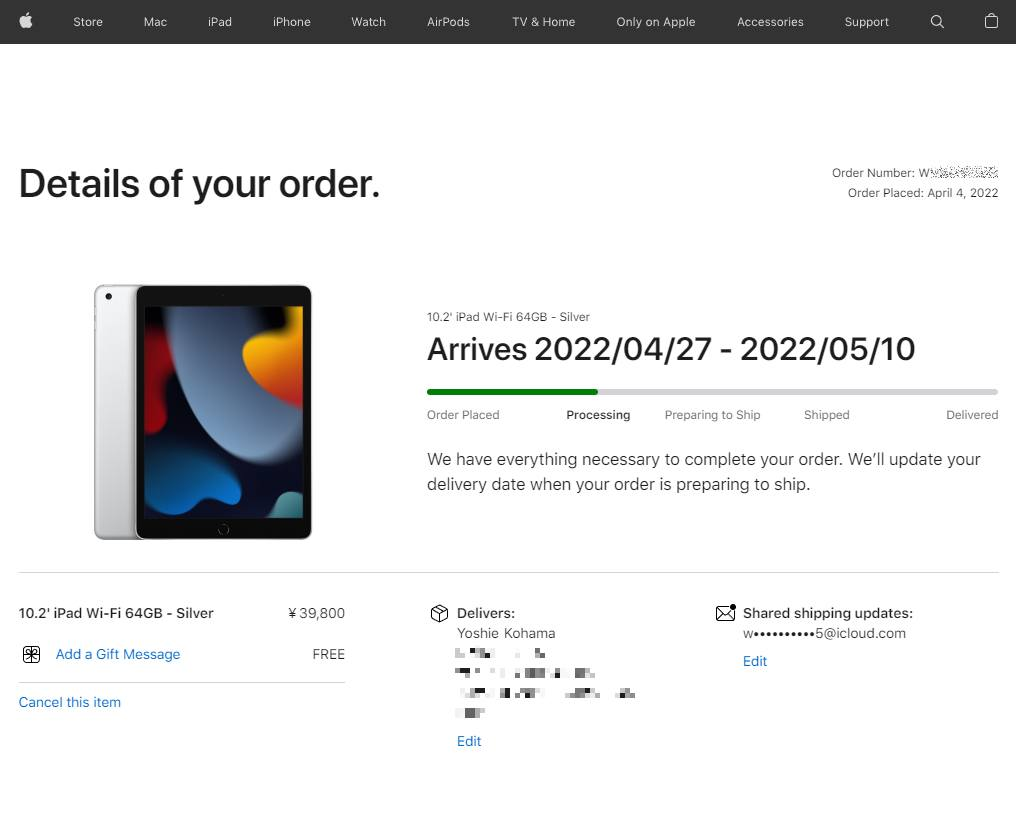 After a while, I received a notification text message yesterday that my ordered iPad has shipped from the Apple Delivery Support Center in Tokyo.

But I already have an iPad Air 4. In case of ordering my mother's iPad with my Apple ID, after shipping, the message "Get ready for a new iPad" showed up on my iPad's settings screen. 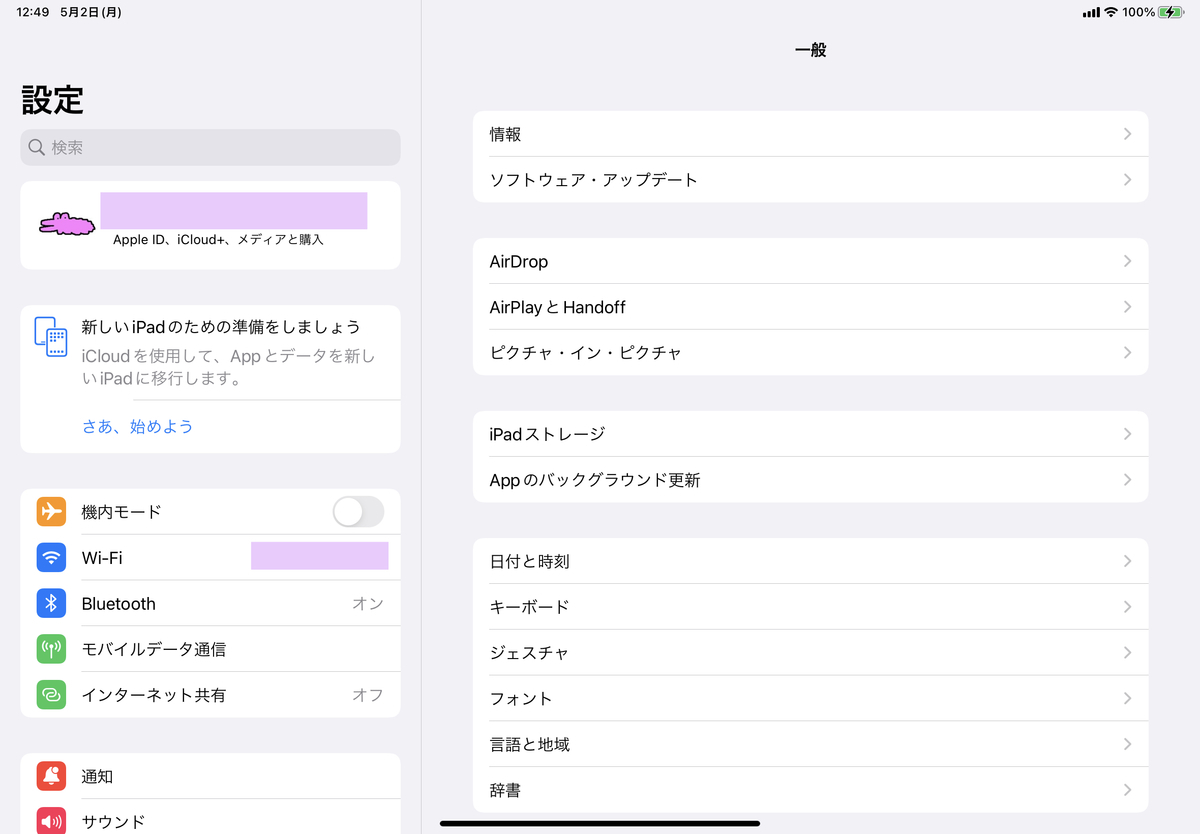 She did not have an Apple ID. Therefore, after the iPad arrived, I did the initial setup on her behalf. 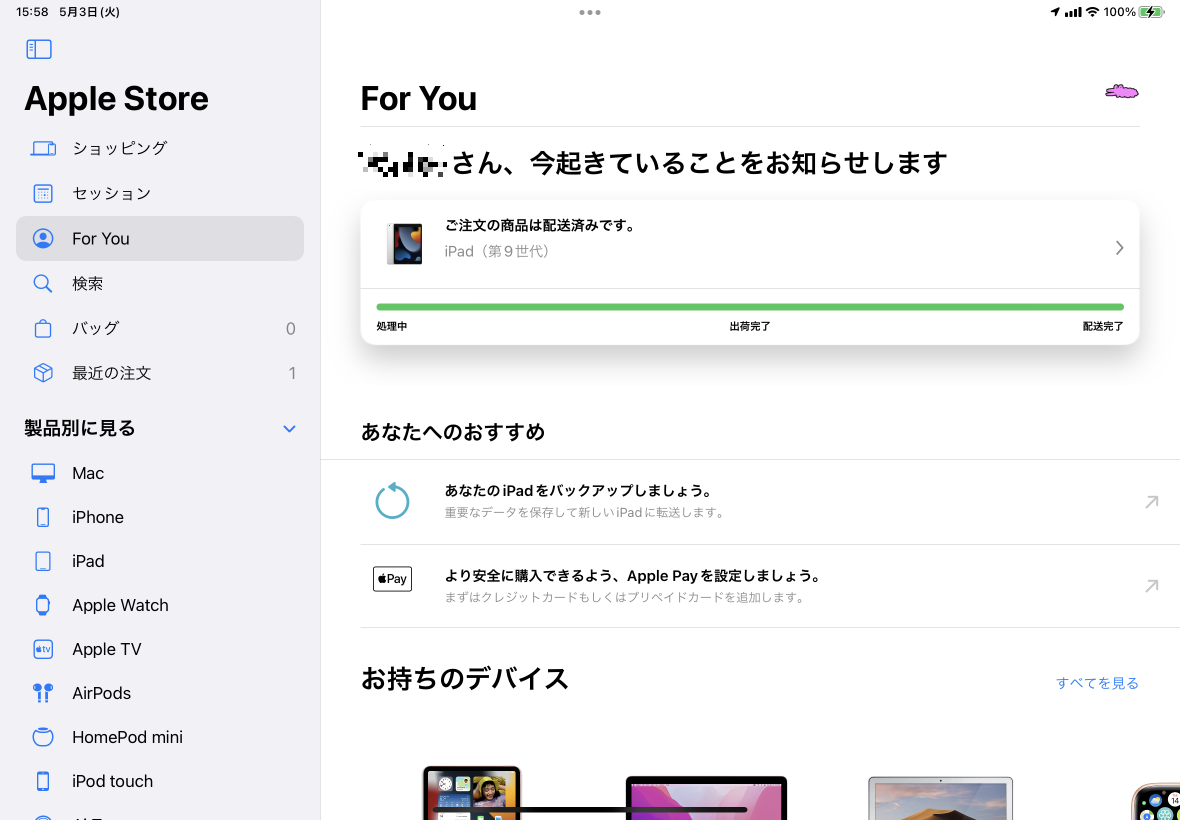 According to Apple Support, the "Get ready for a new iPad" message disappears when the iPad is initially set up with a different Apple ID. However, that message did not disappear.

I had no choice but to sign out on my iPad and sign back in. Only then did the message disappear.

The Japanese edition is below