After the typhoon Jebi, I found the weird part of the wallpaper in my room. Come to think of it, I heard something weird water sound during the middle of the storm. 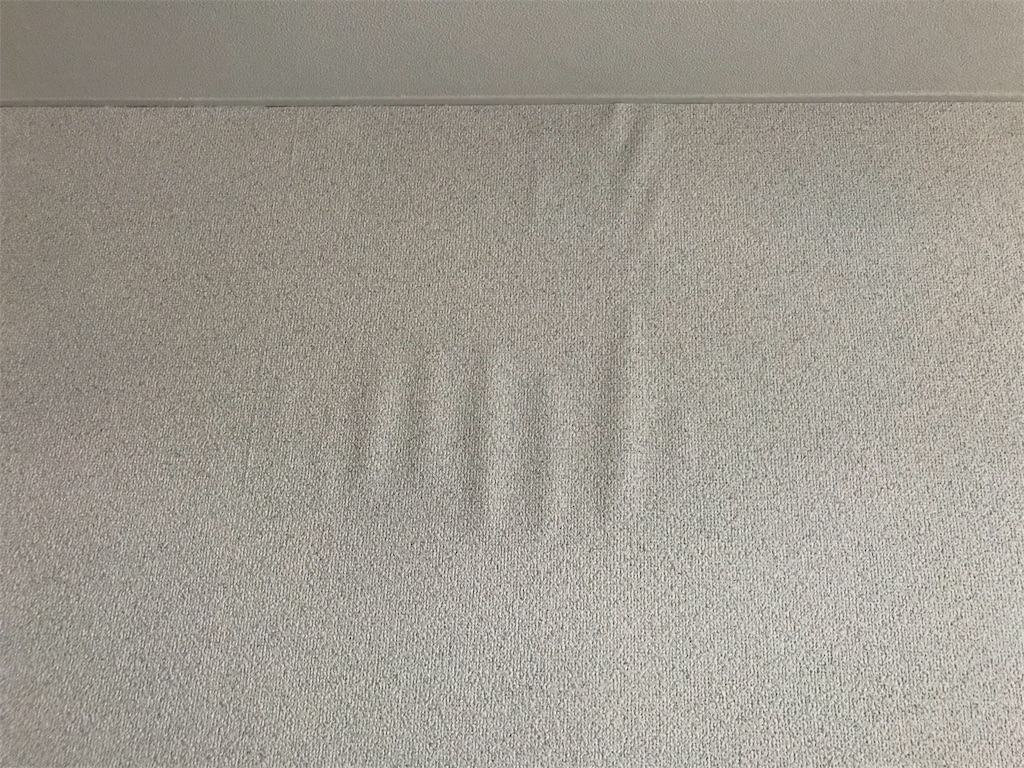 This is the big point of leaks a lot.

There was another point on the balcony at 7:22 am on Saturday.

Leaks on the balcony

After the landlord handled with the problem, no more leaks so far.

I called the landlord again about the wallpaper issue this morning, then they told me the staff was here. A few minutes later the staff visited my room and took the picture. He said that possibly it's nessesary to replace the whole wallpaper later, if it is not restored spontaneously.