I watched about face news on TV last night. I learn "Alternative facts" phrase on the show.

The following article is about the details in Japanese. 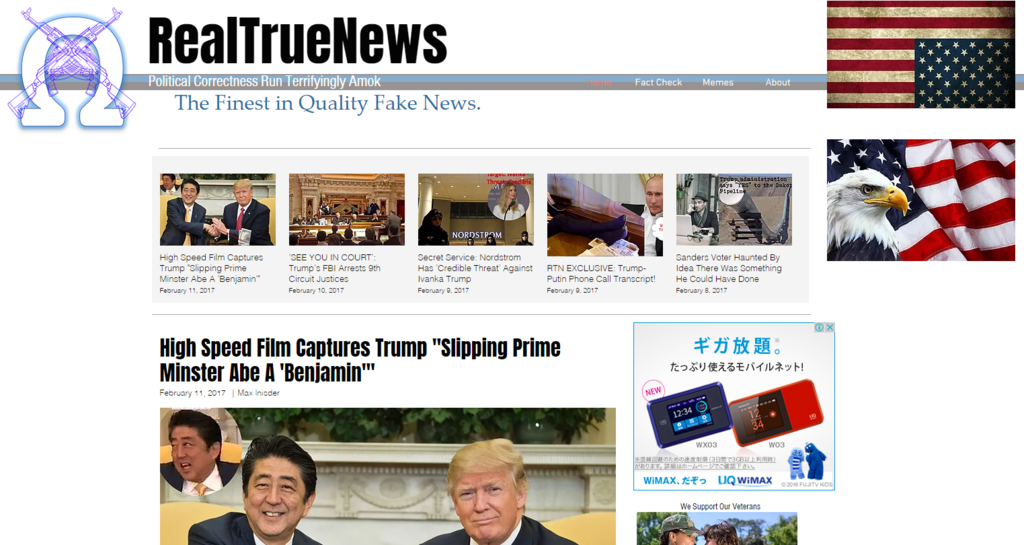 Marco Chacon, the owner of RealTrueNews said "people don't care what is truth. Nobody can stop the trend." (I am not sure if he really said that)

Now "Altenative facts" is a famous phrase or something?

People around me say that Mr. Trump is a lier. But he likes to use the phrase instead.

I don't understand why he can keep so madly. Is his style is a kind of his strategy?

Even though New York Times tells the truth, if he doesn't accept. Is it fake news? Seems like childlish manner, I think.

During the election campaign last year, there were so many fake news on Facebook so my American friends removed others from the friend list or unfollowed them because of the political things.