Yesterday I set my alarm for 4am, but today I set it for 3:30am and lounged around on my bed for 10 minutes before waking up.

I counted the number of people I passed by before I arrived at Nagai Park, and there were zero. Four bicycles passed by. The actual number of bicycles I saw was five, but one went in a different direction.

By the way, the shutters were closed at the JR Tsurugaoka station. The first train was around 4:30?

Here's a picture when I arrived at the start point. Taken at 4:26. Really dark, isn't it? 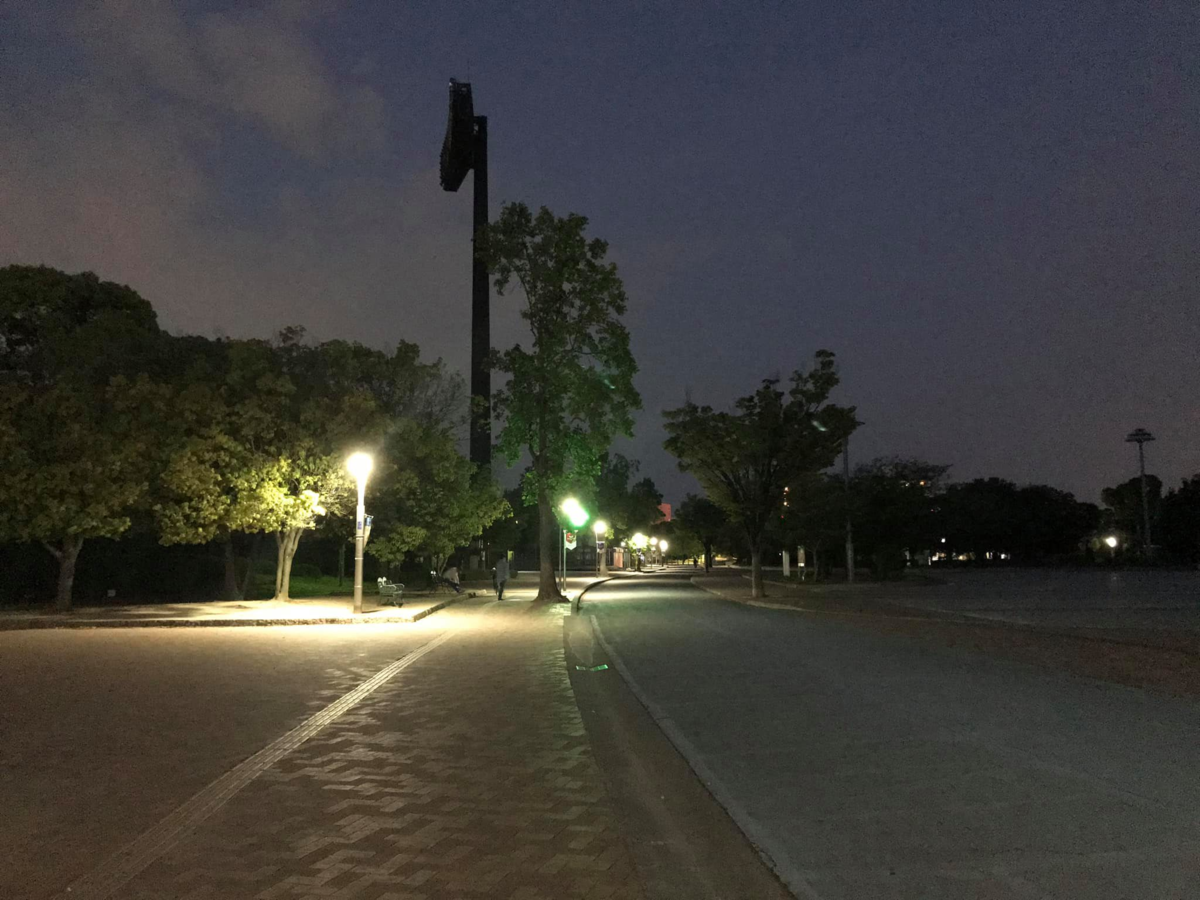 The radio exercise statue is also too dark to see clearly. 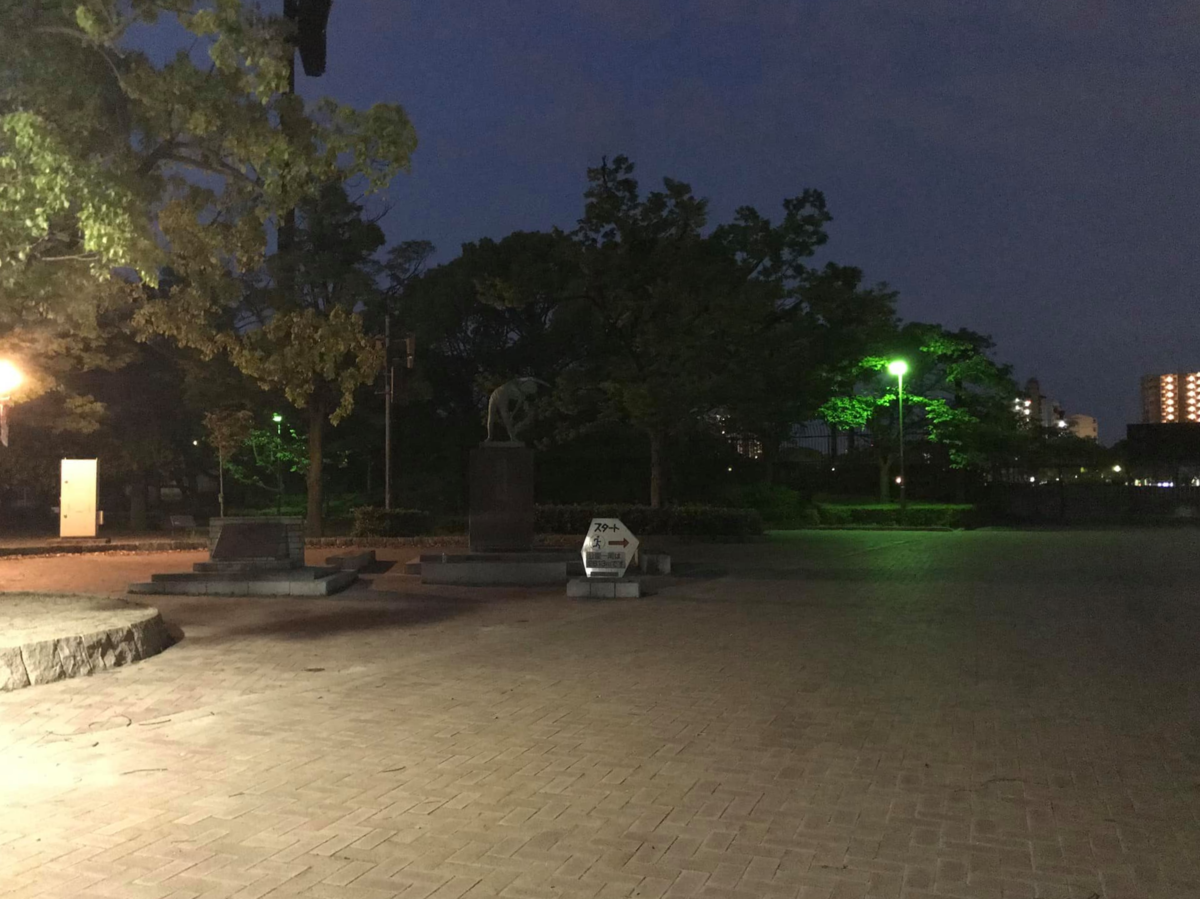 To keep the same pace for a longer period of time, 6.5 minutes per kilometer is probably a good pace for me right now.

I ran 6 laps at a constant pace this time. 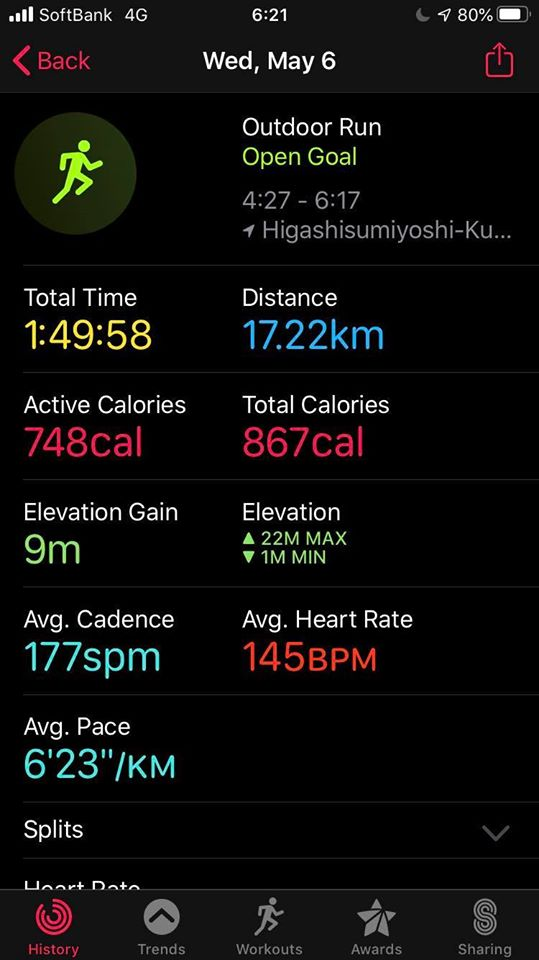 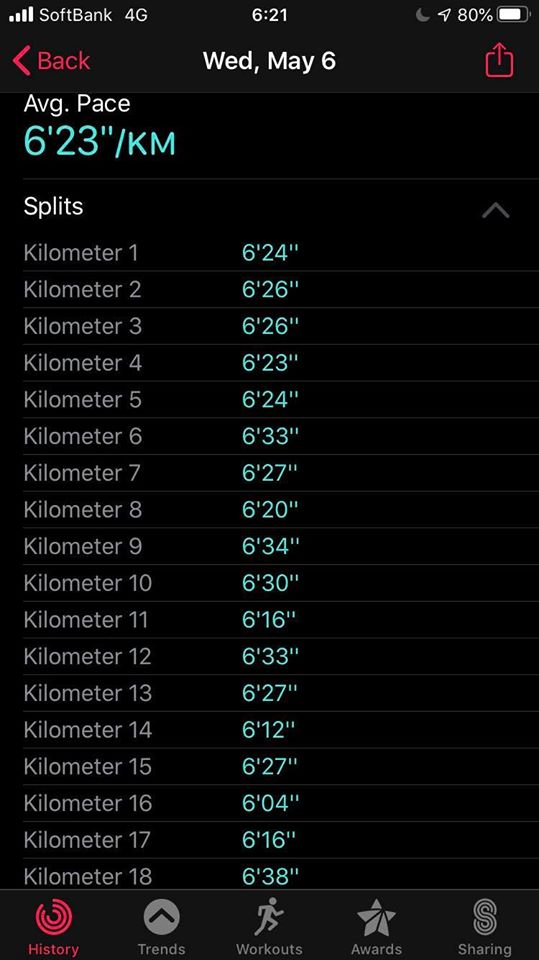 My heart rate was good, too. 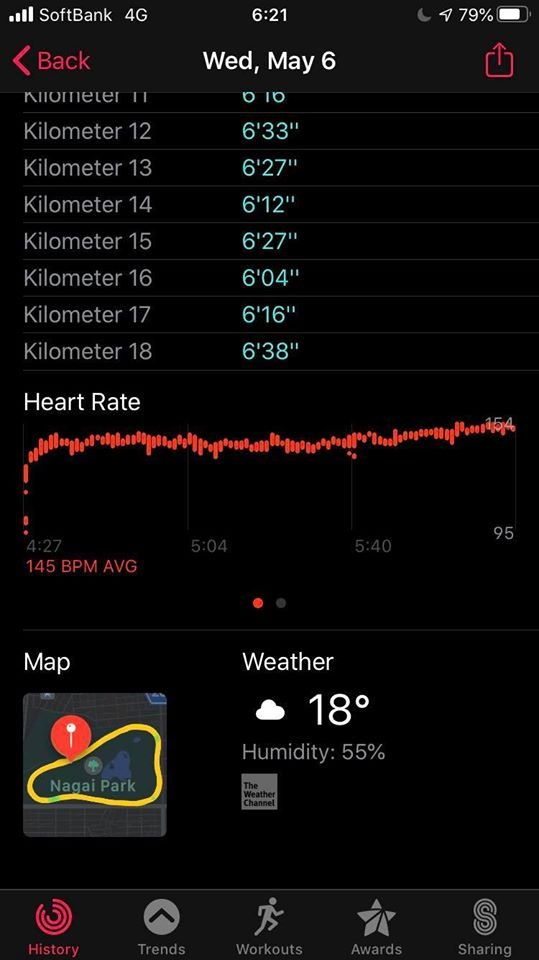 While we were taking a short break, more and more people began to gather near the start point. 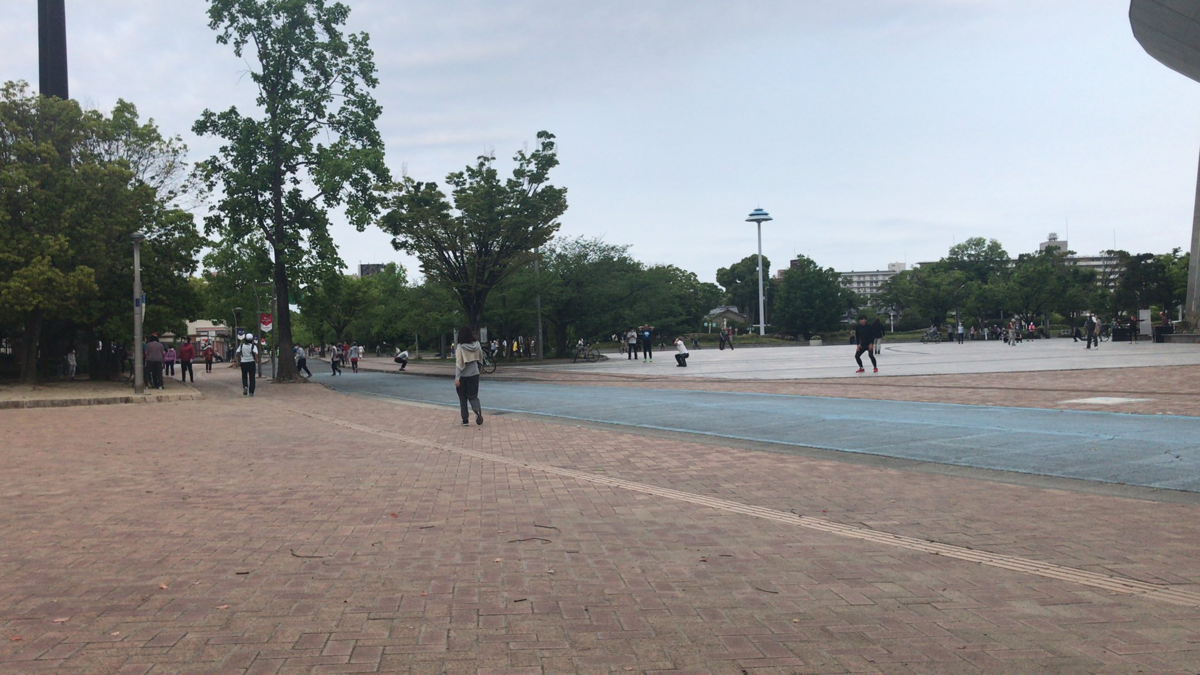 Soon, a radio broadcast began to come on from a speaker near the radio exercise statue.

Come to think of it, the neighbors said that they do radio exercises at 6:30 every morning in Nagai Park. No wonder there's a radio exercise statue.

I participated in radio exercises while I was there. 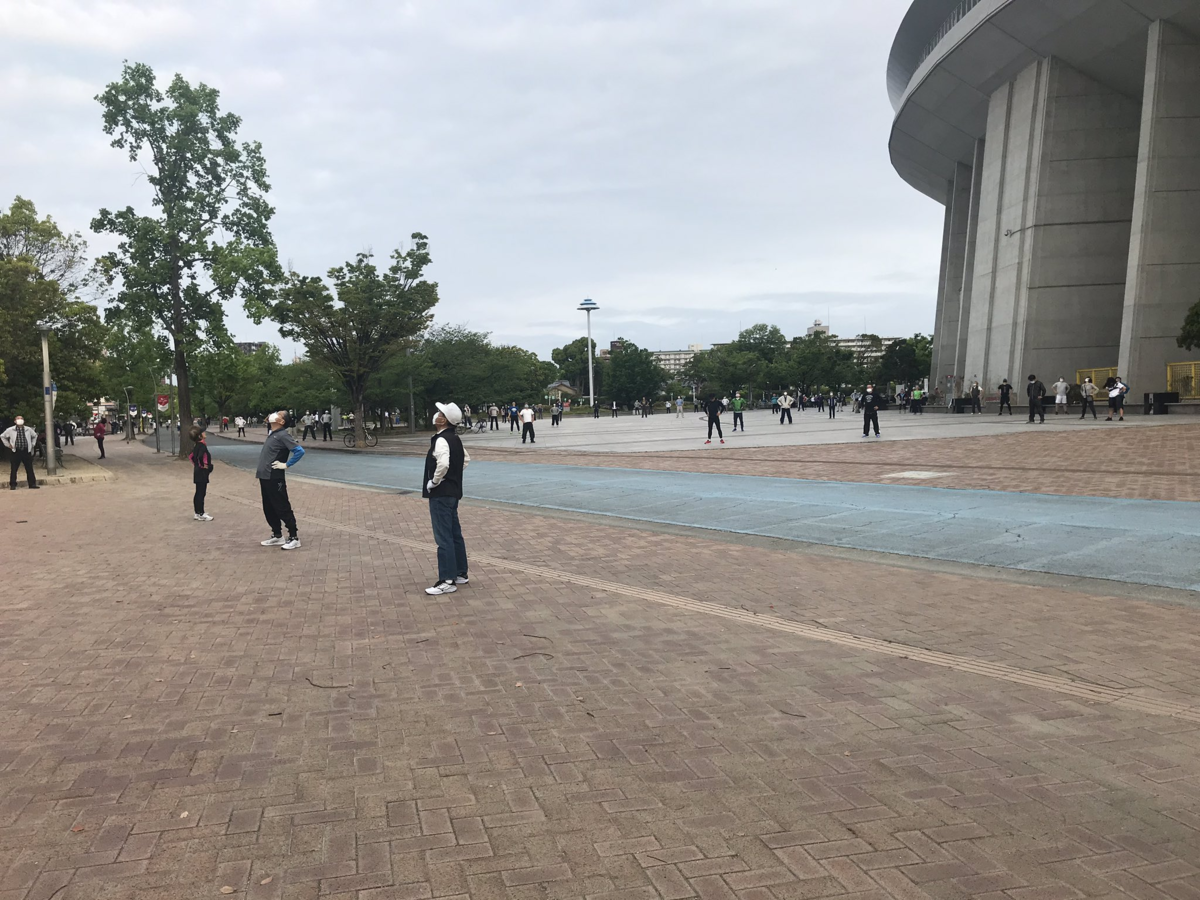 What a pleasant way to start the morning. Maybe it's good to make a habit of it.

FYI: the English versions are on YouTube. You could try 😉