I took advantage of Amazon's points up campaign for over 10,000 yen and took the plunge and bought a Smart Keyboard Folio and an ELECOM small mouse for my iPad Air 4. 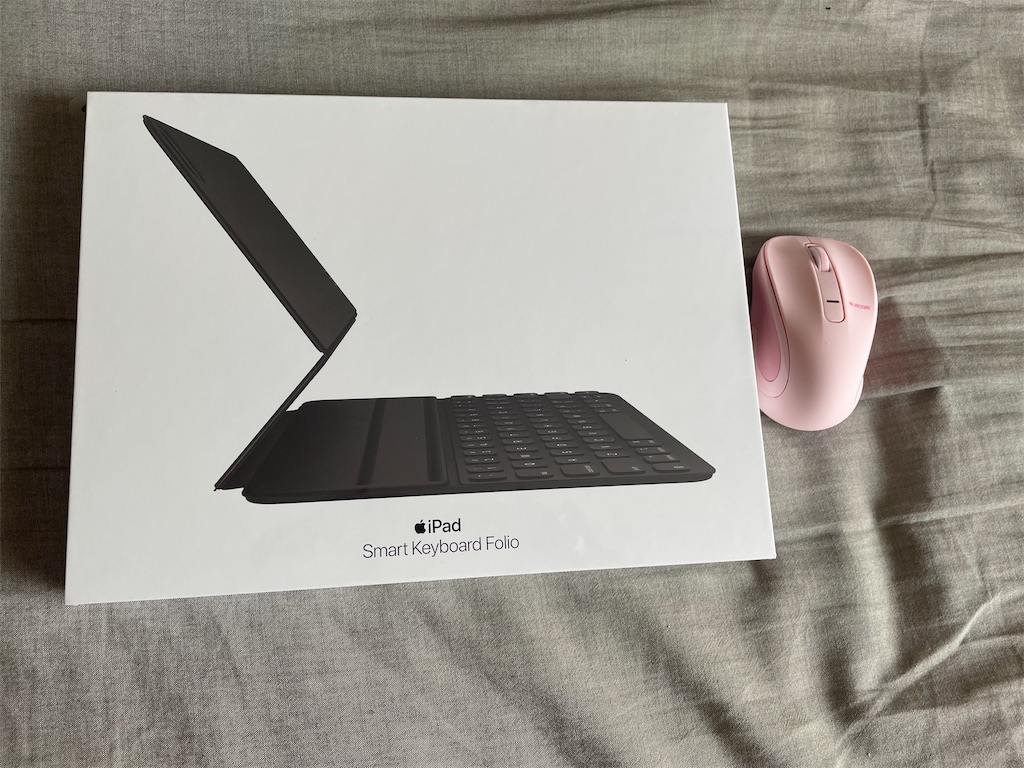 Let's unpack the Smart Keyboard Folio. The Apple logo is engraved on the center of the back. 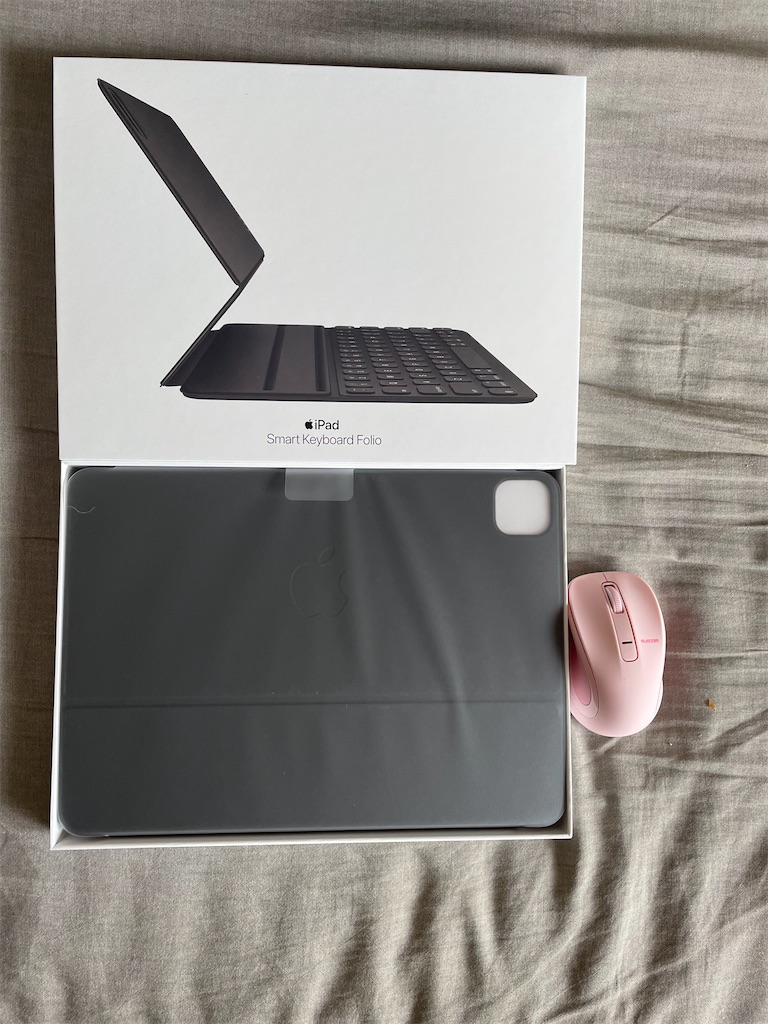 This is what it looks like when attached. It's easy to remove because it's attached to the body with magnets. The surface that comes in contact with the body is fluffy, so it won't get damaged. 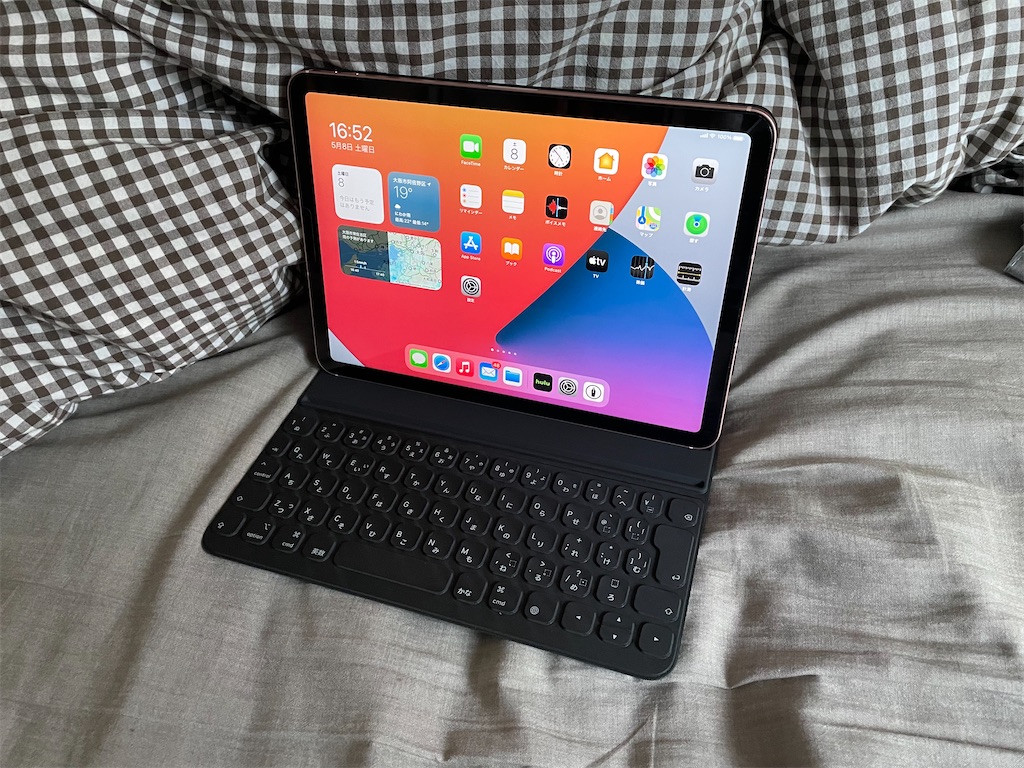 This is what it looks like when you focus on the camera part. I put my new iPad Air on a rose gold MacBook. It has a white line on the top side. This white line indicates that the device comes with Cellular. It reminds me of the rose gold iPhone 7. 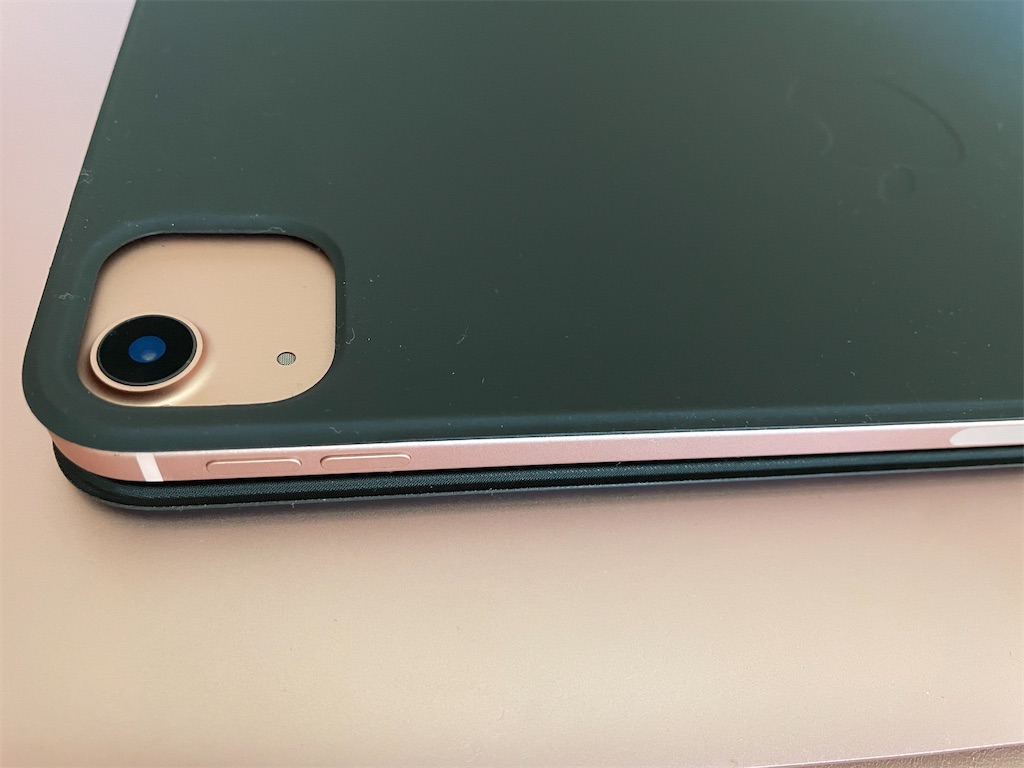 The Apple logo is placed in the center of the back. The only drawback is that dust tends to stick to it. It covers almost everything except for the sides. Even if you choose a colorful iPad, the Smart Keyboard Folio can almost cover it up. 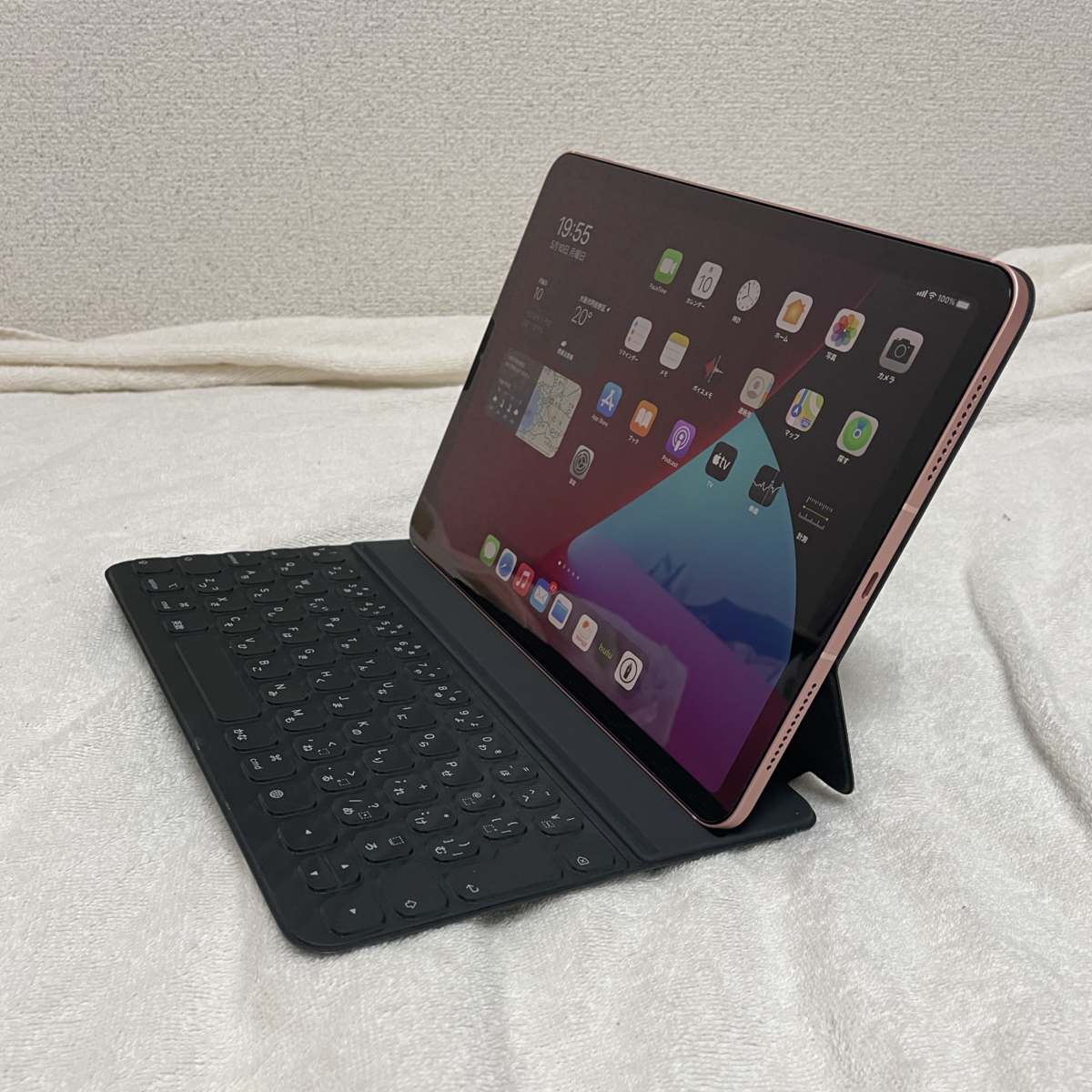 I connected the mouse to the iPad first, but I don't think I'll need the mouse usually. It's probably necessary to use it only for Microsoft Office aps. It's useful for writing articles with images.

I wondered if it would be heavy, but it didn't feel that heavy. It felt like a keyboard attached to a case. The following non-genuine iPad Air case I bought before it weighed 218g, and the Smart Keyboard Folio weighed 293g.

The Wi-Fi model of the iPad Air weighs 458g, while the Cellular+Wi-Fi model weighs 460g.

If the total weight is 751-753g when the Smart Keyboard Folio is attached, it can replace a sub-machine netbook.
It's lighter and smaller than a 12-inch MacBook, so it's not hard to carry around. 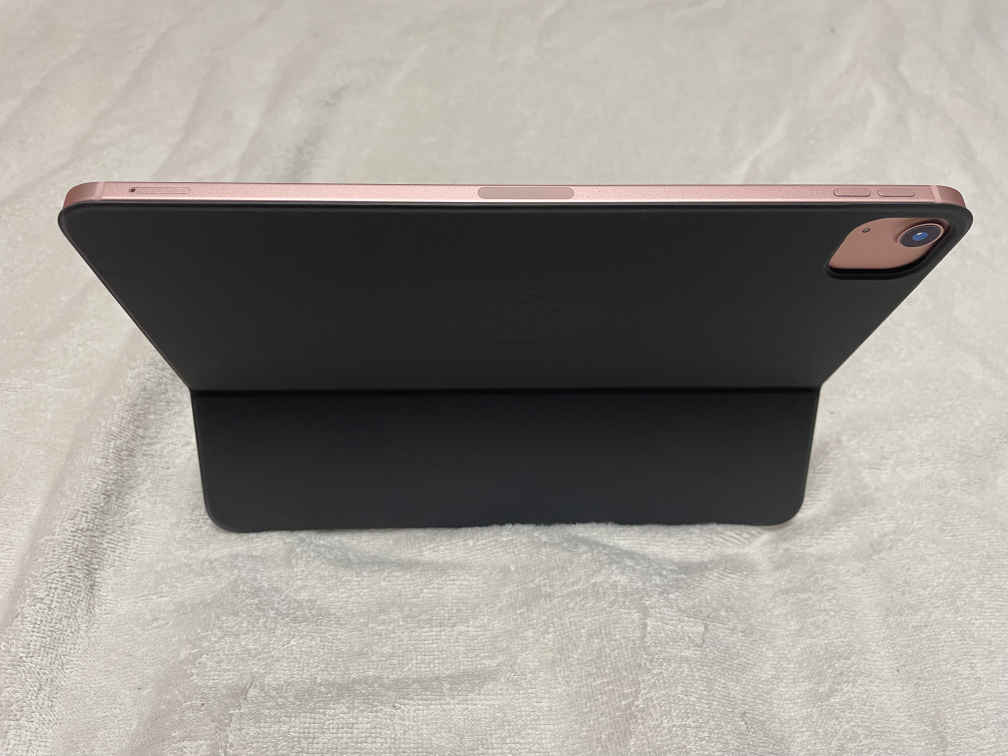 I think I will use this Smart Keyboard Folio more often than the Apple Pencil. Apple genuine keyboard and Apple Pencil are covered by AppleCare+ for iPad, which means they will be replaced if they fail naturally within the warranty period, right?

It's definitely an expensive purchase, but I don't regret it because the iPad with cellular has expanded my range of activities and allows me to input text smoothly anywhere and anytime. I am happy to think that I no longer need to buy a compact laptop.

The magnet makes it easy to remove, so I think I may not need to use a non-genuine cover case since then. That's just my case, though.